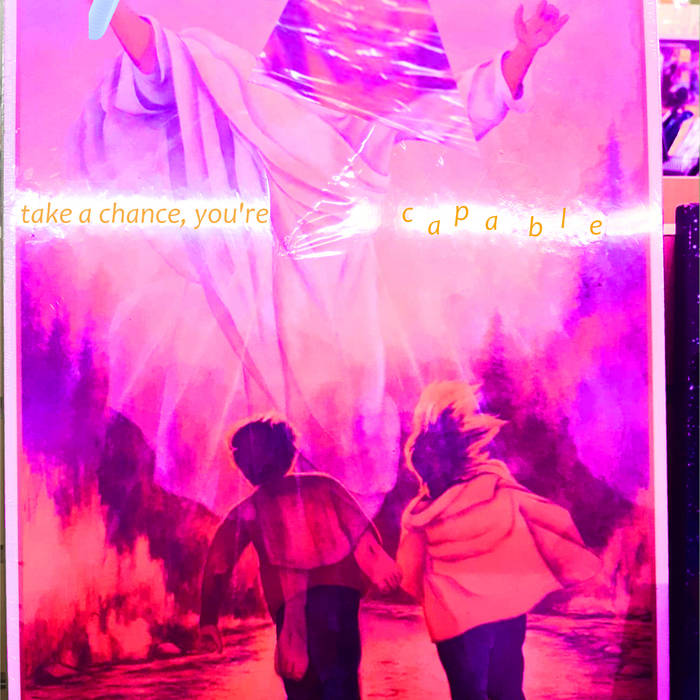 Growing up in Calgary, it's a weird atmosphere, and makes for some insanely talented weirdos, especially as they develop and grow their practice. One of my favourite shows in Calgary featured Jevon screaming overtop of acoustic guitar, in the middle of a bill featuring four different genres. He definitely stole the show that night, and continues to do so now, in Montreal and abroad.

Yao Guai Cave (soundcloud.com/yaoguaicave), aka Jevon Voon, is an unbelievably talented artist. He appeals to infinite tastes while somehow preserving and developing the Yao Guai Cave sound. His care and precision in production is both intimidating and inspiring, which in my humble opinion is the best kind of art.

Take A Chance, You're Capable is an etude into production processes - watching and exchanging tracks with Jevon showed me so many things that I have yet to learn. Maybe I impressed him somehow too, here's hoping ;). We both processed the MIDI track for "Whatcha Waiting For", enjoy both versions!

Between making ridiculously good tracks, Yao Guai Cave also does mixes on n10.as. So does Katie Lee, a previous punctï collaborator, as EEJUNGMI.
Damn, n10.as is lucky to broadcast their talent, and I'm super lucky to know and have collaborated with both of them.

EACH ALBUM IS AN ETUDE, EACH MONTH IS A MAKER OF TIME, EACH COLLABORATION IS A CELEBRATION OF POTENTIAL

Bandcamp Daily  your guide to the world of Bandcamp