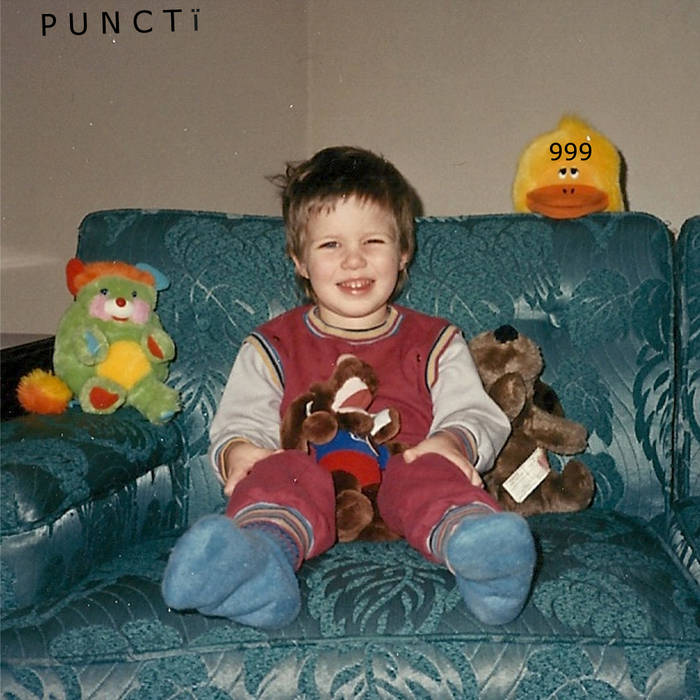 As with every puncti session, one of the symptoms of on-your-feet recording/collaboration is this sense of comfortable playfulness, this almost incessant willingness to push the idea further, wrestling (depending on your ability to meditate by playing music) with the hesitation that it's the wrong move, that another idea, potentially-yet-to-arrive, is going to swoop in and take the show, and you won't be able to grasp it.
I say live without that regret. Explore all the ideas, whether it ends up becoming a six hour meditation to ".., kipper come!", or a three second rhyme you needed to say aloud.
Pick up that piece of paper you just walked by and look at it like you want to! Read the article that you scrolled by but looks interesting! Listen to this album if you like childhood pets and stuffed animals!
In all seriousness though, 999 is a representation of the many facets and explorations of Brett Howie: at times beautifully melodic, at times carnivalesque (both literary and literal), at times hypnotic, but always playful.

EACH ALBUM IS AN ETUDE, EACH MONTH IS A MAKER OF TIME, EACH COLLABORATION IS A CELEBRATION OF POTENTIAL

Bandcamp Daily  your guide to the world of Bandcamp